The women who are changing Australia for the better

We asked for the women changing Australia to put their hands up – and how they heard us!

The women who are changing Australia for the better

The Australian Financial Review and Westpac Group Women of Influence Awards for 2013 recognise a new generation of achievers who are contributing to business and society.

At a time when women’s participation at senior levels is a topic of hot debate, the second annual awards recognise 100 outstanding women from all over Australia and overseas.

Now in their second year, the awards are a commitment to increasing visibility of women’s leadership in Australia and their important contribution to creating a bold and diverse future for Australia.

Both Fairfax and Westpac also run their own awards, which recognise their outstanding female leaders.

The Financial Review and Westpac 100 Women of Influence awards are aimed at celebrating the contribution of women to developing a diverse, vibrant and prosperous Australia and providing visibility to great examples of their leadership. They exert influence by contributing to women’s advancement across society and economic life, and to Australian communities through collaboration, mentoring and not settling for the status quo.

Westpac chief executive Gail Kelly says the awards are “a wonderful opportunity to celebrate the success and achievements of women across Australia”.

“It’s an important way to acknowledge the significant contributions that women are making to achieve change in their local communities, businesses and society more generally.”

How we did it

In July and August, there was a national and international call for entries. The judges look for influence and impact. A woman of influence is someone who can demonstrate collaboration within and beyond their field, and a wider circle of influence than through their direct role.

Following the close of entries on August 25, nominations were assessed and shortlisted by a panel of judges, respected senior business leaders.

The judges assessed a range of criteria including the nominee’s personal and career achievements, contribution and impact beyond their direct role and their mentoring and support for other women.

The 100 finalists will attend a gala dinner in Sydney on October 17, where Westpac’s Kelly and Fairfax Media chief Gregory Hywood will announce the 10 category winners and overall 2013 Woman of Influence.

More than 500 extraordinary nominees have entered the 2013 awards – a rise of more than 40 per cent on our inaugural awards in 2012.

What is striking are the stories of tenacity, courage and innovative thinking, that ensure we will be lifting the bar higher in the future.

The judges have recognised an impressive cohort of Aboriginal and Torres Strait Island women, who were well represented in this year’s WOI 100 List.

They are tackling some of the toughest issues and standing firm on areas that affect local communities, from fetal alcohol spectrum disorder to indigenous leadership training. Leaders include June Oscar, chief executive of the Marninwarntikura Women’s Resource Centre in Fitzroy River, Rachelle Towartt, chief executive of the Australian Indigenous Leadership Centre, Shelley Reys, chair of the National Centre of Indigenous Excellence, Tanya Denning, who has led the development of National Indigenous TV Network as channel manager of SBS Corporation.

The efforts and contribution of women in non-traditional sectors also stood out. The Australian Defence Force’s momentum towards cultural change was reflected in the judging panel’s recognition of Dee Gibbons, flexibility and diversity director in the Australian Air Force, and up-and-coming Department of Defence director, general people strategy and culture, Justine Greig.

In the resources sector, the contribution of Stefanie Loader, general manager at Northparkes Mine and Sabina Shugg of Momentum Partners WA were recognised.

Business entrepreneur Skipp Williamson, managing director of Partners in Performance, has built a successful global consulting firm in non-traditional industries including mining, engineering and energy. She and her team have found flexible ways to work and remain connected across the globe.

Judge Sue Vardon said there were outstanding entrants from the medical profession and the research profession. “I’ve been thrilled to see some of the research sector applications, which we hadn’t seen previously. That has been very special.”

The 2013 Women of Influence tend to do more than one thing and well. Melbourne-based Susan Alberti has run a successful major construction company, plays a key role as vice-president at the Western Bulldogs Football Club and is a philanthropist funding medical research.

Sydney-based Sally Evans, head of Aged Care at AMP Capital, also chairs LifeCircle, a charity that assists people who are struggling with a life-threatening illness or caring for someone who is terminally ill.

For her tireless campaign for better participation of women at senior leadership levels, Carol Schwartz, founder of the Institute for Women’s Leadership, was recognised for a second time, as was Rebecca Dee-Bradbury, president developed markets Asia-Pacific, Mondelez International (formerly Kraft Foods), for her leadership and innovation in the food sector.

Susan Oliver, chair of Fusion Retail Brands (was Colorado group) and founding chair of Scale Investors, a start-up women’s angel investment group that aims to help develop a seed capital network to Australia where women are encouraged and given the skills to invest profitably in female entrepreneurs at the start-up and early stage of new ventures.

Natasha Cica, head of the Inglis Clark Centre for Civil Society at the University of Tasmania, has been an innovator in leadership development and building community discourse and capacity, and author ofPedder Dreaming: Olegas Truchanas and a Lost Tasmanian Wilderness. 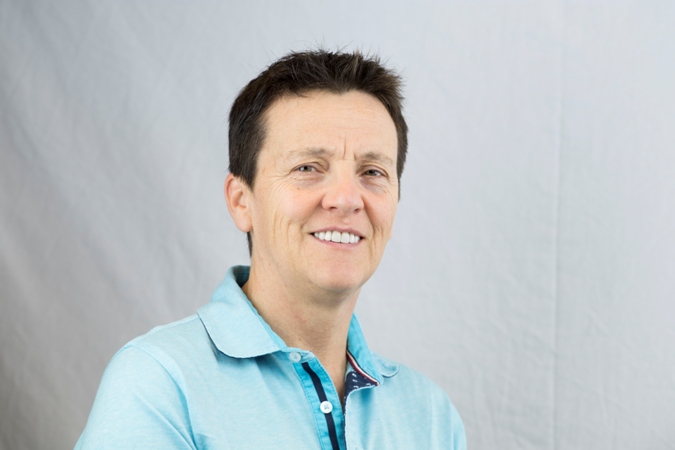